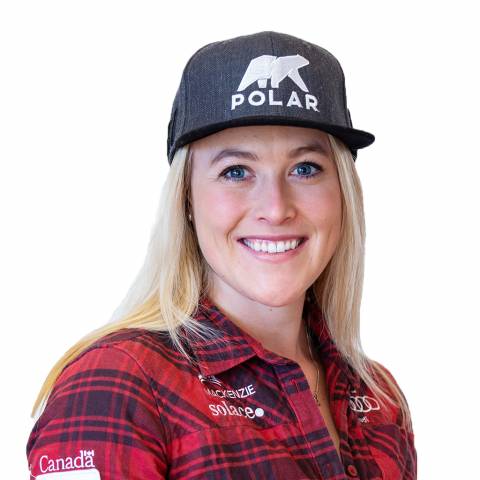 One of the veterans on the women’s team, Erin Mielzynski excels not only skiing on snow but the water as well. She skied on water and snow as a young kid and even won silver at the World Junior Water-Skiing Championship in 2006. She gave up the water skis in 2008 when she joined the Canadian Alpine Ski team full time. Since then, she has had tremendous success on the largest stages, most notably winning the slalom race in 2012 in Ofterschwang, Germany, becoming the first Canadian to win a technical event since Kathy Kreiner in 1974. The Guelph, ON native has competed in three Olympic Games and has finished on two World Cup podiums in her career.