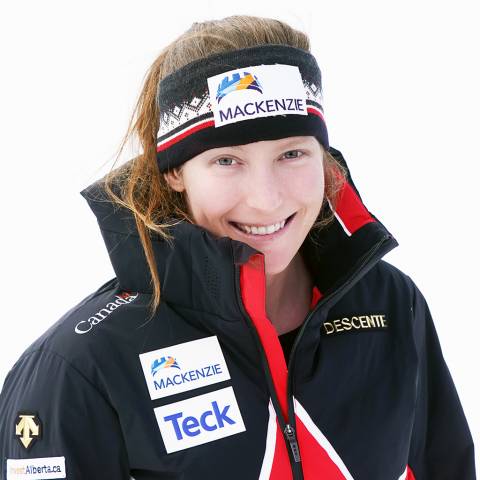 Brittany Phelan has been to the Olympics three times -- in two different sports. Her Olympic debut came as part of the Canadian Alpine Ski Team in 2014, where she competed in slalom. After the 2014 games, she switched to ski cross and has continued to build momentum and earn podium results since. Phelan, alongside Kelsey Serwa, nicknamed “The Dirt Squirrels,” charged their way to gold and silver medals in at the 2018 Winter Olympics in PyeongChang. The Quebec born racer finished the 2018 season third on the World Cup circuit and continued her success with four podium finishes in 2019/20. She returned to snow in 2021-22 after a gnarly injury kept her racing dreams on hold for a season but she wasted no time shaking off the rust, racking up nine Top 10 world cup finishes including a silver and two bronze. She will be a force to be reckoned with for some time to come.