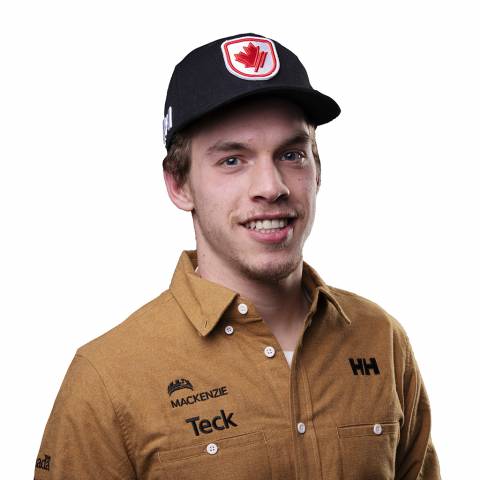 Alexis Guimond joined the Canadian Para-Alpine Ski Team in 2016, competing in the standing category. In 2017, in only his second season on the World Cup, he won the giant slalom at Kranjska Gora, SLO, ending Canada’s 10-year winless streak in the men’s standing category. Fresh off his win, he captured a bronze medal at the 2017 World Championships. While his first couple of seasons were spectacular, 2018 was exceptional. The 23-year-old from Gatineau, QC won a bronze medal in giant slalom at the 2018 Paralympics, ending a two-decade Canadian drought, all en-route to being named the “Best Paralympic Debut by a Male Athlete” award at the 2018 Canadian Paralympic Sport Awards. Alexis has continued pushing for excellence and after a two-year competition break brought on by the COVID-19 pandemic, he sought redemption at Beijing 2022 where he collected a bronze Paralympic medal in the super-G.