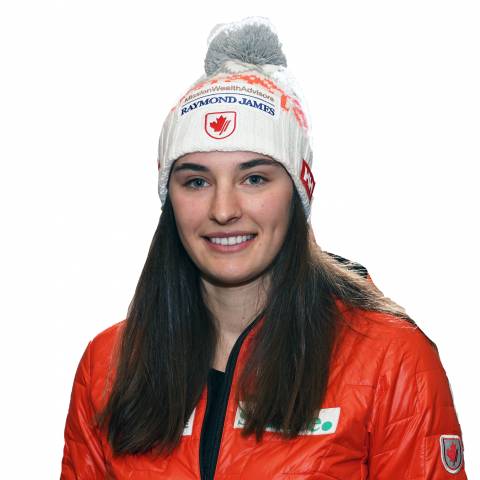 Young and talented, Ali Nullmeyer has shown tremendous growth since joining the Canadian Alpine Ski Team in 2015. A graduate of the Green Mountain Valley Ski School in Vermont, Nullmeyer is now a student-athlete at the NCAA’s Middlebury College.

She made her World Cup debut at the 2017 FIS Alpine World Ski Championships in St. Moritz, SUI. After a double knee injury sidelined her for 11 months in 2018, she worked hard to return stronger than ever and enjoyed a breakout season in 2021-22, finishing 11th overall in the World Cup slalom standings with three Top 10 finishes, headlined by a  5th place slalom finish in Zagreb, Croatia. Nullmeyer made her Olympic debut at Beijing 202, where she skied to a 21st-place finish in slalom.