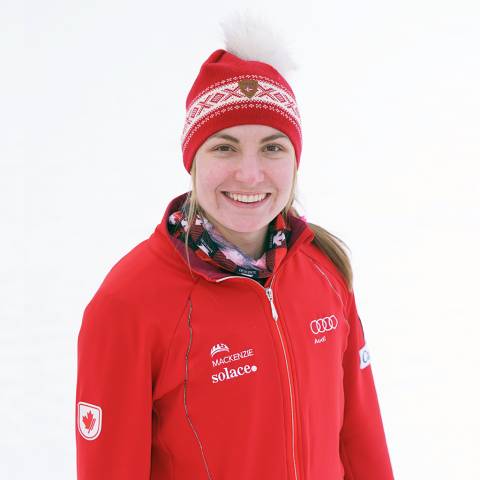 Antoinette (Annie) Tansley grew up as an alpine racer, but made the decision to pursue ski cross full-time in 2016. Since then, Tansley has been racing a combination of Nor-Am Cup, South American and Europa Cup ski cross races and proved she has what it takes to compete with the best, claiming four Nor-Am Cup podiums, two South American Cup podiums and placing fifth at the 2016 French Nationals against a strong World Cup field. Named to the team in 2017, Tansley is taking advantage of the Canadian Ski Cross Calgary centralized program and is a full-time political science student at the University of Calgary, majoring in international relations. In the 2017-18 season, Tansley crashed at the Nakiska World Cup, resulting in a season-ending knee injury. After a season of rehab Antoinette made a strong comeback and placed 3rd at the 2019 Europa Cup finals in Reiteralm, Austria. Look out for her this season as she chases her first world cup results.