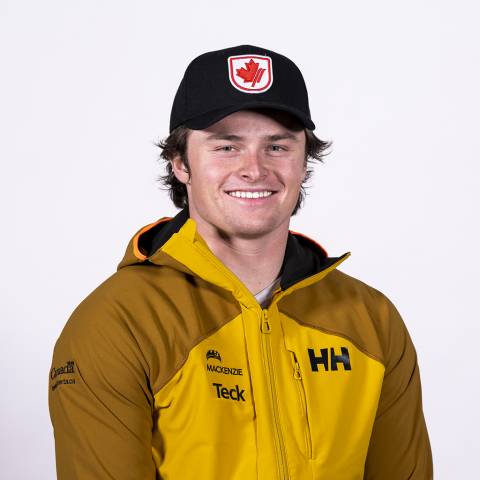 Asher Jordan joined the Canadian development program in 2018, where he skied to top-20 finishes on the Nor-Am circuit. The North Vancouverite, known as AJ to his teammates, skied for Team BC in 2019-20 and represented Canada at the World Junior Championships before his debut World Cup start in Adelboden, SUI.

The man who carries an ostrich pillow in his suitcase was back with a bang in the 2021-22 season after an injury sidelined his skiing, cruising through a combination of continental cup and World cup races as he continues to quest for World Cup points.

After finishing the 2021-22 season ranked #2 in Nor-Am slalom and #7 overall, the Whistler Mountain Ski Club alumnus looks to further establish himself at the highest level, building on his 12 World Cup starts.