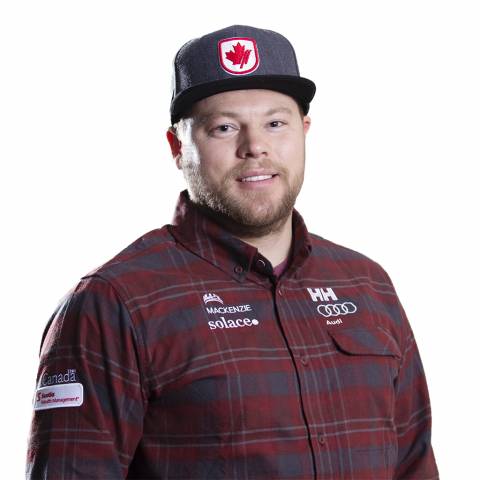 Benjamin Thomsen’s emergence as a World Cup threat would not have been possible without great perseverance. Maybe once considered an underdog, Ben Thomsen knows how to throw it down when it counts and is always a threat on the World Cup circuit. Ben thrives on the toughest courses on the circuit, favouring technical, icy & steep tracks. After claiming his first World Cup podium in 2012 at the test event for the Sochi 2014 Olympics, Ben has dealt with a string of injuries that kept him from reaching his full potential. As no stranger to adversity, Ben continued to fight to get back to form and in the 2018-19 season, he proved that he's ready to battle for the podium once again. Thomsen claimed 3-top 10 Downhill results, highlighted by a 6th place finish on the famed Kitzbuehel, AUT track. Ben also hit the top-10 at World Championships, taking 7th place in the Downhill event in Are, SWE; finishing the season ranked 18th in the world in Downhill. A man of many talents, Ben agreed to compete in the Team Event at World Cup Finals (Grandvalira Soldeu - El Tarter), contributing to the team claiming 4th place.