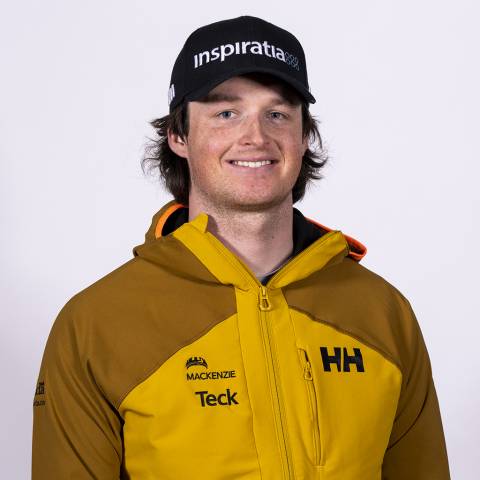 When Broderick Thompson began to walk, he started to ski, and since then, he has become one of Canada’s finest Alpine racers. From Whistler, B.C., the 28-year-old already has 62 World Cup starts and two Olympic appearances under his belt. He worked hard to return to snow after a 2018-19 preseason crash when he suffered a knee injury at Nakiska Ski Resort.

After incredible commitment to rehabilitation, Broderick returned to racing on the international scene in 2021, proving he had done the hard work claiming his first World Cup podium in December 2021, placing third in the super-G at Beaver Creek, USA. His sister, Marielle, is an Olympic champion (2014) and multi-World Cup champion on the Canadian Ski Cross Team.