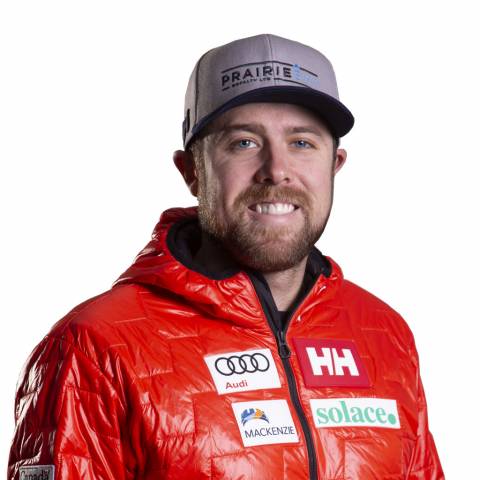 In 2015 Cook shocked the world by managing a near-perfect run and claiming second-place in the super-G at the FIS Alpine Ski World Championships in Vail/ Beaver Creek, Colorado. Just over one month later, Cook proved once again he is able to compete with the best in the world, claiming third in the super-G in Kvitfjell, NOR. He followed up that podium with a victory in the super-G at the World Cup Finals in Meribel, FRA. After his incredible season, Cook was inducted as the eighth and final member of the ‘Canadian Cowboys’. Cook suffered a season-ending knee injury at the beginning of the 2015-16 season. He returned to the World Cup in the 2016-17 season, and skied to a season-best sixth-place super-G finish. In the 2017-18 season, Cook qualified for his first Olympic Games and had the best Canadian male alpine finish of the Games with a ninth-place in the super-G. He also picked up six top-25 World Cup super-G finishes.