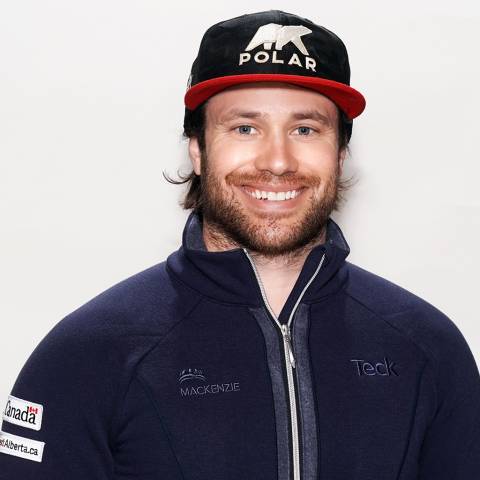 When Kevin charges down a race course, he is a force to be reckoned with. His technical skill is astounding, but it is his strength and power that puts him above and beyond the rest. “Quadzilla,” as his teammates call him, made the switch to ski cross after a star-studded NCAA Alpine career. A member of the Canadian Ski Cross team since 2016, Kevin quickly adapted from racing the clock in alpine to competing in head-to-head, multi-run competition in Ski Cross.  With the Canadian Ski Cross Team, he has earned 13 World Cup podiums, including a silver medal at home in Nakiska in 2022 and seven during the 2019/20 season leading him to be crowned the Overall FIS SX Crystal Globe Winner that season, a feat that had never been awarded to a Canadian male. Topping off his 2019/20 season, Drury also won Alpine Canada’s Ski Cross Male Athlete of the Year.