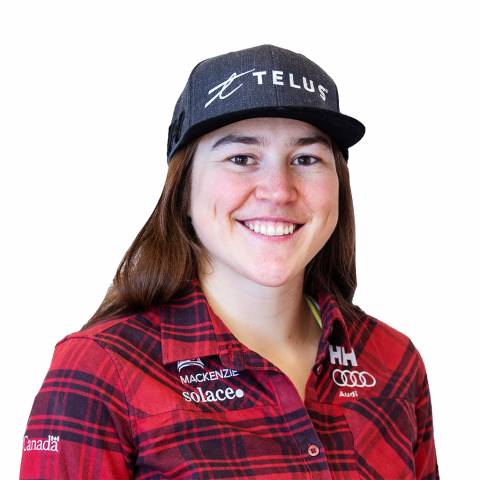 In her World Cup debut in November 2015, Laurence St-Germain broke into the top-30 in the slalom in Aspen, Colorado, finishing 27th.  Laurence found World Cup success two years later, during the 2017/18 season, capturing 14th and 17th-place results, both in slalom. These results qualified Laurence for her first-ever Olympic Games, where she finished in 15th-place in PyeongChang. In the 2019/20 season, Laurence showed strong consistency, claiming four top-15 World Cup results. Laurence's season was highlighted by a 5th place finish in the parallel slalom event in St. Moritz.   Throughout Laurence’s skiing career, she has completed her degree in computer science at the University of Vermont, while also competing in the NCAA.  Laurence continues to balance academics and sport in her pursuit for the podium.