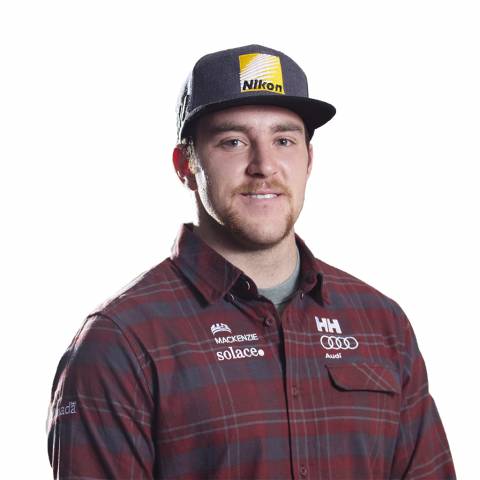 At just 15 years old, Mac Marcoux was a Para-Alpine World Championships silver medalist. The Sault Ste. Marie-born skier joined the team that season and finished his rookie World Cup year with a trio of podiums. In 2014, he made his Paralympic debut, and since then, he has won eight medals at three Games. Marcoux was the 2014 Para-Alpine Crystal Globe winner in both speed disciplines. He won his first of two overall Crystal Globes in 2018 and a Paralympic gold medal in the downhill.

In 2019-20, Marcoux and his guide Tristan Rodgers won eight gold medals en route to another Crystal Globe title. Before withdrawing from competition due to injury at the 2022 Paralympic Games, Mac added a downhill silver to his impressive Paralympic hardware collection. Mac is visually impaired, but that has not stopped him from dominating the skiing world while also hurling down hills on his mountain bike in the offseason.