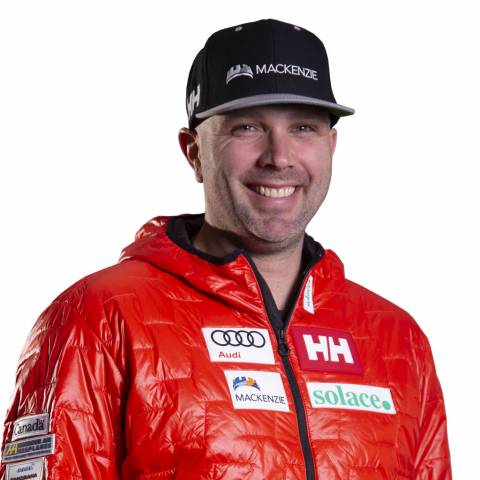 A richly talented speed skier who is famed for his fun-loving, larger-than-life personality, 'Manny' has three World Cup wins to his name – including his famous victory in Lake Louise, Alta., in 2009. Manny had a comeback season in 2012/13, narrowly missing a downhill podium in Kvitfjell, NOR, and claiming the Canadian downhill title. During the 2014/15 season, Manny nabbed two second-place finishes at the downhill events in Lake Louise and Kvitfjell, NOR. After a change in equipment, Manny found his form during the 2016/17 season, capturing bronze in the super-G at the 2017 World Championships in St. Moritz. In the 2017/18 season, Manny attended his fourth Olympic Games and finished 14th in downhill and 22nd in super-G. On the World Cup tour, he had a season-best fifth-place super-G result and finished 11th overall in the World Cup downhill rankings. Unfortunately, Manny suffered a complicated leg break during training for the 2018/19 season opener in Lake Louise, AB. Manny is continuing to work on his return to snow and hopes to see race action this season.