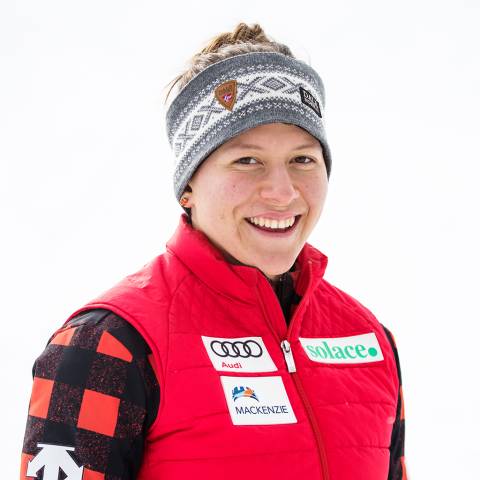 Following in the footsteps of some of the most successful Canadian Ski Cross athletes, Mikayla Martin is a B.C. Ski Team alumna and made the switch to ski cross following the 2016-17 race season. After proving that she can compete with the best up-and-coming athletes in North America, Mikayla was given the opportunity to make the jump to the World Cup circuit, and she did not disappoint. With two top-10 results at the beginning of the 2019 season, Martin qualified for her first World Championships. While she battled her way to the small final, Mikayla suffered a spectacular crash, that unfortunately, took her out of competition for the rest of the season. Despite a disappointing end to the 2019-20 season, Mikayla qualified for the CSX B Team for the 2020-21 season.