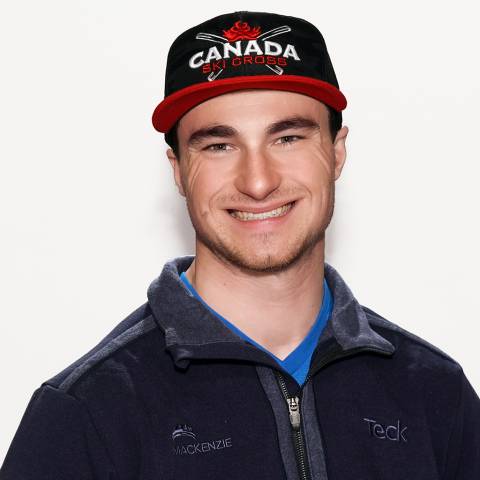 At well over six feet, Reece “Big Rig” Howden is one of the team’s taller racers. His height and athleticism helped him to the podium’s top step at the 2016 Youth Olympic Games, and he transferred that success to the next level, becoming the NorAm champion in 2017/18. While balancing life as a student and a World Cup athlete, the Cultus Lake, B.C. native won his first World Cup race on home snow in Nakiska, AB, in 2020, and was the overall Crystal Globe winner and named FIS Freestyle Rookie of the Year in 2020/21 after hitting the podium a stunning six times. Watch out for Reece as he charges into 2022/23 ready to conquer the World Cup circuit once again.