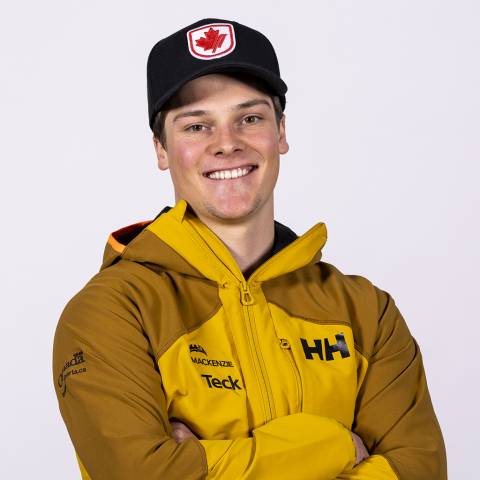 Riley Seger is one of the youngest skiers on the team, but his career has already included some top moments. A native of North Vancouver, Riley is currently a student-athlete at Montana State, where he races on the NCAA circuit and with the Men’s Canadian Alpine Ski Team.

After enjoying success on the NorAm circuit in 2018/19, Riley reached his long-time goal of racing in a World Cup event when he made his debut in Soelden in 2019. However, his 2020/21 World Cup season was much more successful, crossing the super-G finish line for the first time in Val D’Isere (FRA) and following it up with a similar result in Val Gardena (ITA). Building on this success, Riley netted his first World Cup points in 2021 with a memorable 22nd place finish in the downhill at Beaver Creek after starting with bib 57, shocking the crowd when he crossed the finish line. Riley will look to earn more World cup points in 2022/23 while building towards the 2026 Winter Games.

While skiing and school take up much of Riley’s time, he has made sure to give back to his community. In June 2020, he was awarded the ALS Society of British Columbia’s Leader of Tomorrow Award for raising almost $9,000, alongside his uncle, as part of Team ALS BC in last year’s Vancouver Marathon.