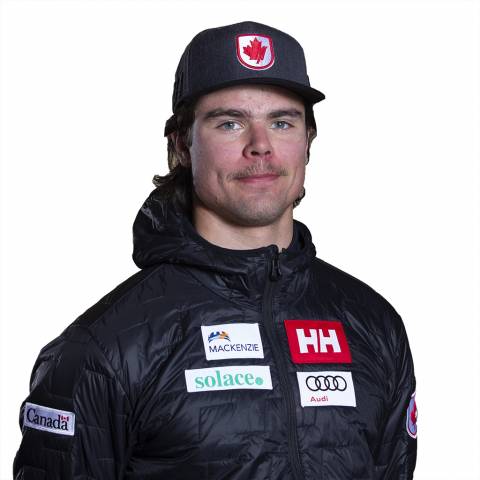 Sam Mulligan grew up skiing nights at Vancouver’s Grouse Mountain after school.  His friends introduced him to racing, and he could not be more grateful. Mulligan hit the podium at the FIS Junior World Ski Championships in 2017/18 claiming second in the downhill and narrowly missed the podium in the super-G finishing fourth. The Tyee Ski Club alumnus earned his first World Cup start in 2018/19 with a win on the NorAm circuit and made his debut on the world biggest stage - Kitzbuehel. A star on the NorAm circuit, it is only a matter of time until he makes his mark on the World Cup tour and picks up those valuable points.