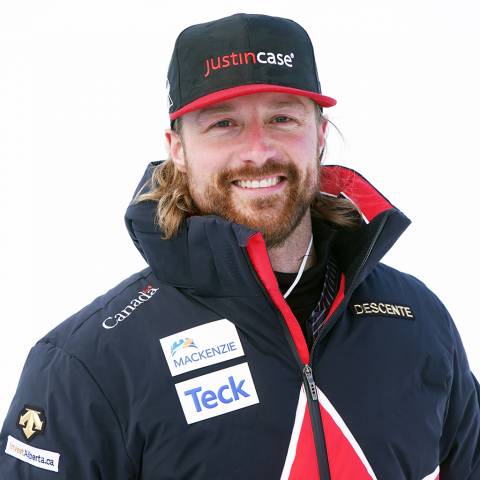 Kris Mahler began his ski career in Ontario as an alpine athlete, but even when he was racing in alpine, ski cross was already on his radar. He was coached by Bebe Zoricic, the father of the late Nick Zoricic, and they would train in alpine courses in the morning, and ski cross sessions in the afternoon. He took a season away from racing in his final year of high school before moving to Alberta to play collegiate volleyball. While he was passionate about volleyball, his heart was in the mountains, and he chose to pursue ski cross full-time. In 2019/20, he earned his first World Cup win in Val Thorens, FRA. While he’s battled many injuries, he thrives off the head-to-head competition of Ski Cross and is excited for a strong 2022/23 season, especially after taking home the gold on home soil in Nakiska in 2022.